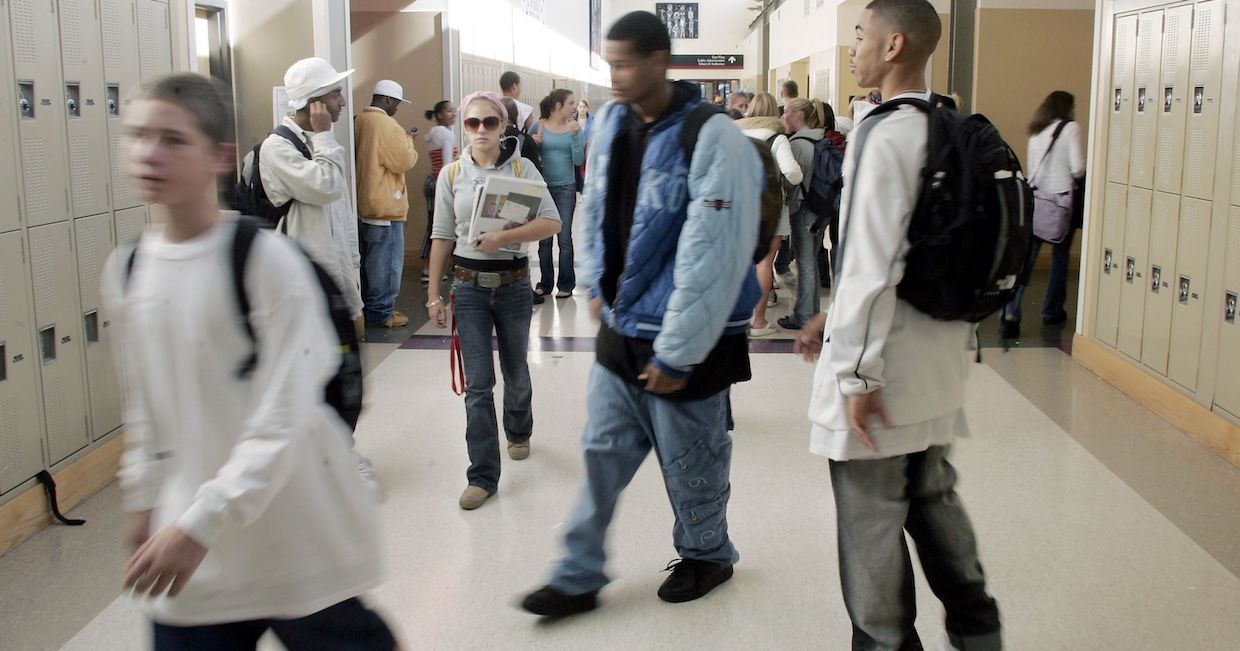 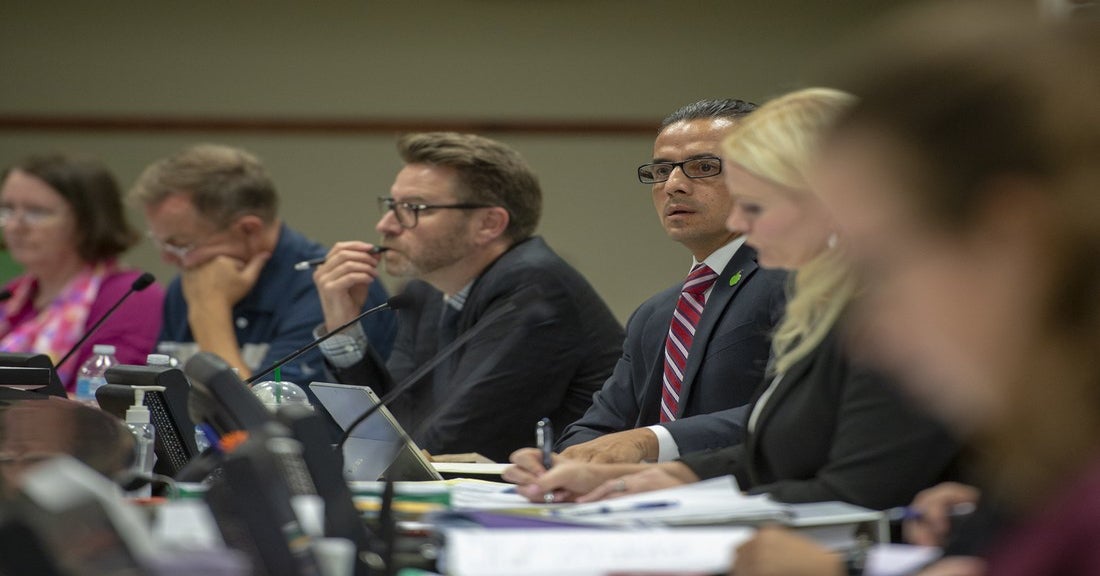 Last August, the Sacramento Unified School District (SCUSD) board members voted 6 to 1 to renew a contract with the Sacramento Police Department, though the board said back in June it would not renew the contract.

The latest contract calls for a reduction of school resources officers (SROs), from 11 to 3, to patrol 70 campuses in the district, and the hiring of a Police Sergeant to work with the new Director of Schools Safety. The new contract is a part of the district’s “Reimagine School Safety” plan.

The reduction in the number of SROs is in response to a controversial debate and consistent outcry of students and parents who rightly see SROs as doing more harm than good. The contract results in school administrators relying on SROs to respond to disciplinary issues and school conflicts that should not be their responsibility, but should remain the responsibility of administrators and school security guards.

In 2015/16 there were 158 school related arrests. In that same time period, Black students only represented 15% of the student enrollment, but they represented 37% of all referrals to law enforcement, and 37% of all school related arrests. Statistics show that Black and Brown students are disproportionately targeted and charged by law enforcement.

As Alma López, Statewide Coordinator for Brown Issues, and former Parent Advisor at Luther Burbank High School pointed out, “Safety Resource Officers on school campuses are there to enforce criminal laws; every violation of a school rule can be considered a criminal act if viewed from a police lens”

A month before the SCUSD board decided to renew the contract, a restorative justice coalition of community groups, including Brown Issues, Black Parallel School Board, Blacks Making a Difference, Hmong Innovating Politics, Sacramento ACT, and Self Awareness & Recovery, convened a community forum and called for the board to not renew the contract. Participants in the forum recommended alternatives to SROs on school campuses. Recommendations for the $1.5 million budget include hiring more school counselors and psychologists, and implementing and strengthening restorative justice and PBIS programs.

To their credit, a few SCUSD board members attended the community forum to listen to the concerns of the community, but the district’s committee that developed the safety plan did not formally meet with members of the coalition to get their input.

The Roles of Administrator and Law Enforcement

When the committee introduced the plan to board members, their presentation highlighted examples of appropriate roles for school administrators and law enforcement.

The roles of site administrators, the committee listed, includes addressing issues of student insubordination and defiance, disorderly conduct, failure to participate in class, possession of alcohol and marijuana, abuse and other forms of harassment that do not fall under any penal code.

The listed roles of law enforcement include responding to calls for dealing with assault and battery, firearm violations, supervision of athletic and extracurricular activities, intruders on campus, and investigation of safety and welfare checks. Such criminal activity should not require a separate district contract for hiring SROs, because local law enforcement are already being paid to respond to criminal activity.

One SCUSD board member pointed out that the district Reimagine School Safety plan doesn’t really address reimagining safety. She’s correct. Reimagining safety would first off not include the need for SROs, but it would emphasize the development of restorative justice and PBIS programs and practices.

Secondly, the District’s plan would promote discipline with dignity, and would include cooperative learning, equitable classroom management systems, better training of all staff, and cooperative development of school safety plans.

Safety Resource Officers on school campuses are there to enforce criminal laws; every violation of a school rule can be considered a criminal act if viewed from a police lens.  —Alma López

Thirdly, a safety plan would require the District to produce semi-annual data on interactions (number of referrals and arrests, etc) with law enforcement so that parents, students, administrators can work together to resolve conflicts.

The reliance on SROs and harsh discipline and arrests serve to especially criminalize Black and Brown students. The constant presence of law enforcement in and around schools undermines the role of administrators, parents, students and communities to exercise agency in addressing disciplinary problems and building positive and healthy school climates.

Reimagining safety means schools should turn away from outdated, punitive practices that hurt students and families, and promote working together to build healthy schools where all students are respected and given opportunities and support to grow and learn.

Our Week of Action Videos 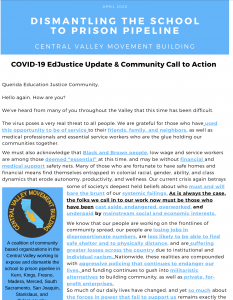 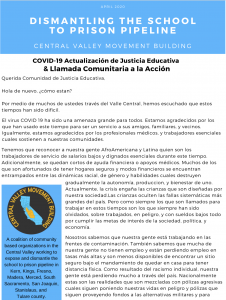